Only course instructors and leaders who will teach this term or next are linked (red text) to their course information. 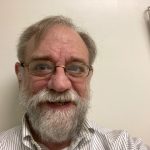 Elliott Berry, graduated from the University of Michigan in 1971 with a B.A. in Far Eastern Studies (concentrating on China). From 2006-2009 he taught during the fall semesters at the Law School of the Central University of Finance and Economics in Beijing. He first visited China (Taiwan and Hong Kong) in 1970 and Mainland China in 1977. Since 2004 he has visited China 10 times, and has traveled extensively throughout the country. He has a “degree of fluency” in Mandarin Chinese. Elliott has been a lawyer at NH Legal Assistance since moving to New Hampshire in 1975.

Paul Brogan has loved film since he was a child. Author of two best-selling books, the New Hampshire native is passionate about sharing his love for the movies with anyone who will listen.

Deborah Brown is UNH Professor Emeritus (English). Her book of poems, The Human Half  was published by BOA Editions in April, 2019. Her first book “Walking the Dog’s Shadow,” was a winner of the A. J. Poulin Jr. Award from BOA Editions and of a New Hampshire Literary Award for Outstanding Book of Poetry. The title poem of the collection was awarded a Pushcart Prize. She edited, with Maxine Kumin and Annie Finch, Lofty Dogmas: Poets on Poetics. With Richard Jackson and Susan Thomas, she translated the poems in Last Voyage: Selected Poems of Giovanni Pascoli. She lives in Warner, NH. 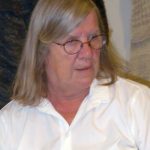 I was four or five when Uncle Arthur’s glass eye peaked back at me from a glass in the bathroom. I asked the basic questions – who, what, where, when, why, how? His granddaughter, Jeanne-Marie, a year younger than I, had the same curiosity throughout our childhoods. Uncle Arthur was a great story-teller, and delighted in telling his tales, some of which were even true. A cavalry sergeant in the Great War, he lost the eye in the trenches in France. Jeanne-Marie and I were inseparable during summer holidays, so when he babysat us, the glass eye stared at us through his afternoon nap in the hammock. He felt it necessary to sing ALL the words to many of the trench songs; a good many with words that needed explanation or glossing over. In addition to Uncle Arthur, my dad’s family also ran to a lot of medics: two of his cousins were in the Harvard Unit, Uncle Leon was one of the founding doctors at Huggins Hospital in Wolfeboro, and Aunt Bessie’s husband was an early psychiatrist at the Veterans’ hospital in Manchester, working with shell shocks from the Great War.

After art school, and university, I obtained my pilot’s license at the airport housing the Aviation Museum of the Great War with flying war birds of the era.  I became involved with the Canadian Warplane Heritage before my marriage.  After becoming a new mom, I wrote and had published three books on play.

A friend of a friend had material she wanted to preserve, obtained from her mother-in-law, Vera Strange, who had served on the Somme as a Canadian Nursing Sister – did I want to see if it could be published? This led to a still-unpublished manuscript, and years of research and writing. I had access to primary source documents at the: Canadian Forces College, the University of Toronto Allemang Project Interviews, Grey-Bruce Museum, Royal Canadian Military Institute, Canadian War Museum, and private letters and diaries from family members of some of the nursing sisters. I also had access to the existing scrapbooks created by Canadian businessman Thomas Knowlton containing thank you letters from the trenches for Comfort Boxes and newspaper clippings collected during the Great War that had been housed at the Canadian Military College, and later the Canadian Forces College.

The course Nurses’ Voices from The Great War draws from these primary, mostly private and unpublished, sources. 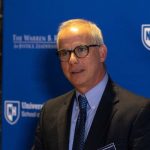 Professor John Graebe directs the Warren B. Rudman Center for Justice, Leadership & Public Service and is a professor of law at the UNH Franklin Pierce School of Law. He teaches constitutional law, civil procedure, and related courses. His scholarship focuses on constitutional law, federal courts, and civil rights litigation. Professor Greabe is admitted to practice before the United States Supreme Court; the United States Courts of Appeals for the First, Seventh, and Eighth Circuits; the United States District Courts for the Districts of New Hampshire and Massachusetts; the New Hampshire Supreme Court; and the Massachusetts Supreme Judicial Court. He also writes a monthly Constitutional Connections column for the Concord Monitor. 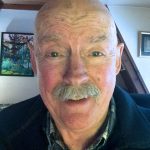 Paul Hague is a retired geologist who spent many years conducting geophysical surveys to illuminate what lies beneath. An avid reader, he always has a book going, sometimes two or three. He first joined LINEC back in the early 2000s and, believe it or not, taught a course on Joyce’s Ulysses. After departing for several years to teach school, he returned a few years ago to enjoy the courses offered and to present a few on geology. Always eager to learn something new and to satisfy a curious and skeptical mind, he will stick around to see what develops. 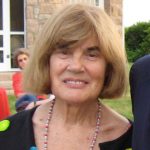 Joanna Henderson received her undergraduate degree from the University of Vermont, a Master’s degree in sociology from Dartmouth College and an Ed.D. from the University of Massachusetts, Amherst. She directed the Tucker Foundation off-campus internship program at Dartmouth and then moved into the field of admissions at several institutions including Colby-Sawyer College and Marietta College. She teaches courses for OLLI, AIL and at LINEC. 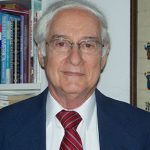 Dick Hesse, a retired professor of law, holds a master’s degree in history and has studied civil rights from both the legal and historical perspective. Civil and human rights have been the focus of his study and law practice for more than 50 years. He has been a frequent presenter for LINEC, OLLI and AIL. 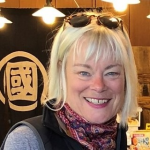 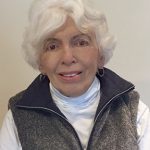 Julie Machen has been an Anglophile since her student days at Durham University in Northern England.  She and her English-born husband visit the country regularly.  While teaching AP European History at Greenwich High School in CT, she conducted an independent study of Victorian England.  She was also the recipient of a grant from the National Endowment for the Humanities to study the Industrial Revolution in Britain at the University of Nottingham.  Charles Dickens was one focus of that seminar. 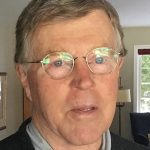 John McCausland was an English major once upon a time and continues to find enjoyment and wisdom from reading and sometimes rereading novels, while discussing them with others. Retired from careers as a lawyer and Episcopal priest, he finds in LINEC a family of interesting and engaged friends who enliven each other’s lives and help make the golden years truly golden. 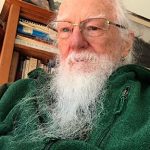 Don Melander is a Senior Professor of Humanities, retired, at New England College where he has taught mostly literature and writing for 45 years. For the last decade he has served as dramaturge for the Open Door Theater. He holds a Ph.D. in American Literature from Syracuse University; his dissertation is on the 20th-century American poet, Wallace Stevens. This seminar on early 20th-century American poets is his twelfth for LINEC.

Don Melander often makes reference to films in his teaching of literature. Since 2010 he has taught a Communications course on movies and film directors. Although he has no formal training in film, he has been ‘reading’ serious films as serious literature since 1958. 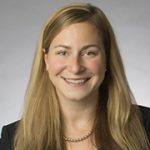 Jane Oneail is an independent scholar with a master’s degree in Art History from Boston University as well as a master’s in Art in Education from Harvard University. Jane is a New Hampshire native and has worked at some of the state’s most esteemed cultural institutions, including the League of New Hampshire Craftsmen where she served as Executive Director, and the Currier Museum of Art where she held the role of Senior Educator. Jane has also taught at the college level for more than a decade, most recently at the New Hampshire Institute of Art. 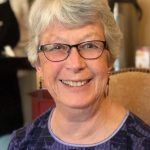 Fran Philippe is an elementary school educator for whom LINEC has played a big part in her retirement, both as a ‘student’ and administratively. She shares her time between local volunteer opportunities and experiencing the beautiful environment in which we live, in any manner she can. 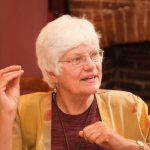 Mary Lee Sargent, is a retired professor of History and Women’s Studies. She taught at Parkland College in Champaign, Illinois for 35 years and was Director of the Women and Gender Studies Department. After moving to New Hampshire in 2003, Mary Lee was an adjunct instructor at Southern New Hampshire and Plymouth State Universities and Lakes Region and NHTI Community Colleges.

Mary Lee Sargent has been a cinéphile since she was 5 years old and saw the first film that she can remember — Disney’s “Dumbo.” As a teenager, afternoons spent ironing in front of the daily 3 pm movie introduced her to the classic films of the 30’s and 40’s including the great screwball comedies. Sargent taught history at Parkland College in Champaign, Illinois for 35 years and was an adjunct instructor at several NH colleges and universities. 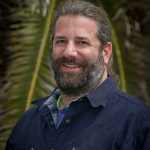 Eric J. Simon, Ph.D., is a professor in the Department of Biology and Health Science at New England College, in Henniker, New Hampshire. There, he teaches introductory biology, human, biology, and tropical marine biology. Dr. Simon has also taught a series of international travel courses, including ones to Belize, the Galapagos, Tanzania, Cuba, the Amazon river, and Patagonia. Dr. Simon received a B.A. in biology and computer science and an M.A. in biology from Wesleyan University and a Ph.D. in biochemistry from Harvard University. Dr. Simon is the author of a widely used series of college biology textbooks with over 2 million books in print that help teach biology to students in over 40 countries. 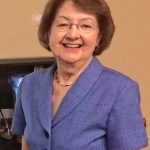 Eleanor Strang, received her MA from the University of Michigan, and her MLS from the Simmons College School of Library and Information Science. She served as the director of the Kelley Library (the public library of Salem, NH) for 15 years. Since retiring, she has pursued her interest in American and Canadian history, and has done presentations for the OLLI and a variety of historical societies and libraries. 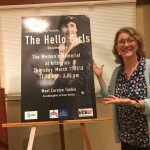 Carolyn Timbie, is the granddaughter of Grace Banker. Carolyn’s family has an extensive collection of letters, documents and items that belonged to her grandmother that allowed her to delve deeply into her grandmother’s story. Carolyn has contributed information to the book The Hello Girls, America’s First Women Soldiers by Elizabeth Cobbs, The Hello Girls Documentary, The Hello Girls Musical and the children’s book Grace Banker and Her Hello Girls Answer the Call by Claudia Friddell. In March 2021, the Hello Girls Congressional Gold Medal Act S.692 was introduced and has been co- sponsored by NH Senator Maggie Hassan. Carolyn is actively raising awareness to see that the women are recognized with this great honor. 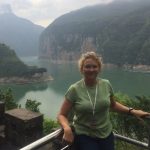 Carol Zink, is a retired high school history teacher who taught Modern World and AP European History. She currently teaches online for the Osher Lifelong Learning Institute at the University of Hawaii. She is also a retired Navy Captain, grandmother of five, and an avid hiker, kayaker, swimmer, and chef. She usually divides her time between New Hampshire and California, but this year is going to ‘try winter’ and spend a year and a half in New Hampshire.